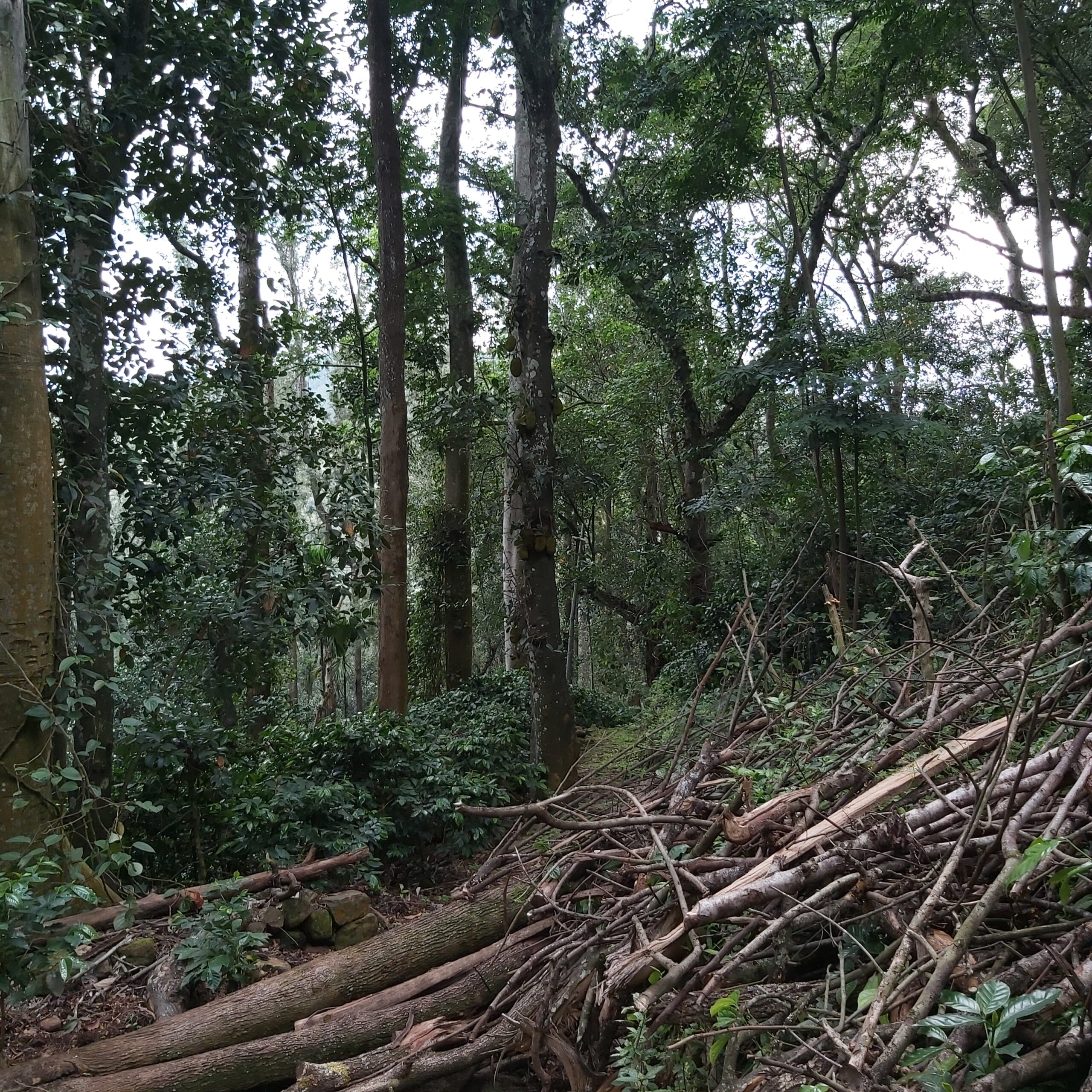 The title sounds dramatic, doesn't it? At any rate, these five words are what the soil exclaims these days. though human endeavours ruin its fertility, we seldom give the soil back its charm.

Let's face it, we introduced the soil to imbalance. As Rome wasn't built in a day, the soil didn't go infertile with one mistake.

However, there is a room for correction. It is possible to return the soil its originality. Follow these 5 core principles to refrain the soil from exclaiming those five words of helplessness.

It all starts with photosynthesis, which draws an overwhelming amount of CO₂ from the atmosphere every year. To look for a breath-taking visualization from NASA, on the impact of a reduction in this greenhouse gas, click here.

CO₂ drawn from the atmosphere makes its way to the soil via greenery. Thus, these green plants are a powerful tool to restore soil functioning and reduce the concentration of CO₂ in the atmosphere.

A green plant is indeed a carbon pump running on solar power. Set aside the biomass, let's focus on the green plants first. The photosynthetic capacity and the photosynthetic rate associated with the living greens play a critical role in biosequestration of stable soil carbon.

But, how is the photosynthetic rate described? This rate basically, describes the rate at which green plants convert light energy to sugars. Just like photosynthetic capacity, this rate is also dependent on numerous factors. Light intensity, availability of nutrients, the demand from microbial symbionts on greenery, temperature and moisture play their respective leads in controlling the photosynthetic rate of a plant.

The most important fact associated with the restoration of soil carbon levels is related to the position of carbon in the soil. The deeper the carbon, the more this element is protected from decomposition.

When it comes to biosequestration of stable soil carbon, this process occurs below 30 cm.

We call an agricultural system healthy, only when it supports all the life-forms, without reluctance. Numerous forms of life existing in the soil are very often, called dispensable. Or, their existence hasn't been recognised at all.

Why does the plant-microbe bridge matter? This bridge isn't just a mere connection, it transfers and stabilizes carbon in soil.

Take the Mycorrhiza Fungi for an instance. These are the engineers of our ecosystem who do everything they are capable of for their host, and take just liquid carbon in exchange. These fungi aren't just known to access water or to act as a shield against pests and diseases for their hosts. They transport nutrients and essential trace elements too.

Why is it necessary for the soil to stay alive? A living soil is well-structured and, a promising soil structure influences the soil function. Well-structured soils are great bio-filters. Moreover, they are less prone to compaction and erosion.

Unfortunately, many microbes essential for soil function have already vanished into thin air.

In a relatively short time, a handful of farmers have brought stunning improvements in soil health. But, what do these farmers do that bring them an edge over others in the competition? They diversify.

There was a time when almost every continent in the world used to brag about their gigantic grasslands and august meadows. Though overgrazing and cultivation led to their simplification, these diverse grasslands and meadows were the epitomes of productivity.

Companion plants, do they ring any bell? Farmers believing in innovation are experimenting day in and day out with 70 different plant species. They strive to come up with an ideal combination which can bring our soil back to life.

Without getting things complicated, we can integrate animals into croplands as well. This approach can bear fruits with just 1 or 2 companions integrated with a cash crop.

Soil function gets improvised. At the same time, companion plants lure insect predators through food and habitat. Moreover, as the diversity of insects increases, the attack from insect pests on crops and pastures falls flat. Thus, the use of insecticides declines.

It is high time we have traced our expenditure and income to calculate the profit we make on farms. Remember, if the soil is lifeless, no amount of expensive synthetic input can grow crops.

NPK fertilizer doesn't help much on lifeless soils. A compacted dysfunctional soil with low wettability and reduced water holding capacity has got no way to grow back to its usual self with the help of NPK fertilizer.

Moreover, if we go on adding more chemical fertilizers, the situation won't get any better, rather than getting worse. Such an alarming situation is particularly true for inorganic Nitrogen and Phosphorous.

If N and P are applied more than necessary, then plants won't find any reason to channel liquid carbon to the microbial community present underground. Plants were originally dependent on this community from N, P and other essential elements. However, the high rate of application of N and P breaks the olden partnership.

Tillage is great, as long as it is carried out within limits. When this process gets aggressive and starts getting repeated, the soil is no longer protected from erosion. Even essential microbes, organic nitrogen and soil carbon present in the soil aren't spared from the wrath of aggressive tillage.

Although we bring in nuisances, we are the peacemakers too. let's call a truce between our rampant jobs and the stunning nature. Agriculture needs to be profitable and food needs to be rich in nutrients. But, what do these diamonds call for? It is for us to decide.

Smooth and Friendly with Clear Titles